Home
What is seaweed?
Recipes
Why seaweed in body care?
Shopping Cart
Your shopping cart is empty
Proceed to Checkout

We ship free throughout the Netherlands from € 35.00 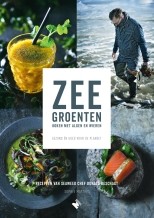 Guestbook
No responses posted
Home
/
Why seaweed in body care?

BODY CARE FROM THE SEA: active ingredients from the sea and their influence on the health of the skin

"All life comes from the sea." The Greek physician Hippocrates was right about 2,000 years ago. The mineral composition in the human blood plasma is still almost identical to that of the seawater. What makes these minerals special is that they occur in seawater in a form, which allows them to penetrate the epidermis and fully develop their vital functions in the cells. Applications with elements from the sea and the sea air itself therefore have a particularly high effectiveness. The main raw materials for the active ingredients used in this marine body care form natural seawater and seaweed.

Sea water and body care
The seawater contains on average 3.5% different minerals and trace elements. The main component is chloride followed by sodium, magnesium, potassium, calcium, sulfur and phosphorus. Iodine, copper, selenium, zinc, fluorine and iron are the main trace elements. Potassium, sodium and chloride regulate the water balance of the cells and improve the barrier function of the skin, that is, these minerals permanently increase the moisture content of the skin. Magnesium also strengthens cell metabolism and promotes blood circulation. The skin appears firmer and smoother. The strontium and selenium salts present in the sea water have a positive effect in relieving inflammatory skin conditions.

Seaweed and body care
Of the more than 35,000 known seaweed species, also known as macro algae, about 50 have been used by the cosmetic industry to date. These are mainly brown and red algae. Seaweed has a useful function for the marine environment as it is an important area for many types of marine life. These underwater forests absorb excess nutrients and produce a lot of oxygen, just like the tropical rainforests, which improves the water quality.

Precisely as an active ingredient in body care, it is important to use seaweed from sustainably harvested or farmed seaweed farms to conserve natural resources. This has a proven positive effect on the environment. Cultivated algae characterized by strict quality control and purity.

Active substances of seaweed and their effects
Seaweeds have a very high density of active substances, because they absorb the nutrients from the surrounding water through osmosis. More than 80 different active substances are found in the algae. They contain the minerals and trace elements present in seawater in a high concentration, with brown algae in particular being particularly rich in iodine. Seaweeds also have a metabolism that is adapted to stress factors and therefore develop many protective substances:

• about 20 amino acids (protein building blocks, such as histidine, isoleucine, lysine, methionine, tryptophan, glutamic acid) provide building blocks for the metabolism, prevent dry skin, have a moisturizing effect and strengthen the support tissue of the epidermis.

• special sugars from algae, so-called essential sugars (such as alginate, fucoidan, laminaran) act as carriers for active ingredients and have a particularly moisturizing, regenerating and firming effect on the skin.

• Highly effective moisture absorbers, which prevent the seaweed from drying out at low tide, ensure that the skin retains moisture longer during body care.

The different groups of substances have a synergistic effect and therefore moisturize the skin particularly effectively, supply the cells with energy and thereby activate cell metabolism and cell renewal. Seaweed contains one of the most important principles of nature: synergy, the whole is greater than the sum of its parts!

What makes the sea work so healthy?
Thalassotherapy with active substances from the sea has been providing relief and healing for various skin conditions for centuries. Studies confirm that minerals from the sea, especially magnesium, strontium and selenium, fight inflammation.

Sea water also contains rare trace elements, such as gold, platinum, beryllium, rubidium and vanadium. These are not used in significant amounts by the body, but if they are absent, symptoms of deficiency can occur.

Effective
The active substances from the sea, in particular from seaweed and seawater, have in their natural composition, the elements of which correspond to the composition of the liquid in the cells, have a particularly high effectiveness, because they can reach the bottom layer of the epidermis and fully develop their vital functions in the cells.

Body care from the sea differs from other natural body care in that the sea plants, because of their evolutionary advantage, have adapted more complex to stress factors than land plants. The positive effects are immediately tangible and visible when applied. 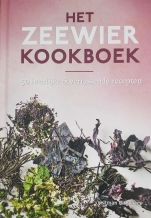 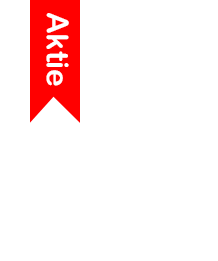